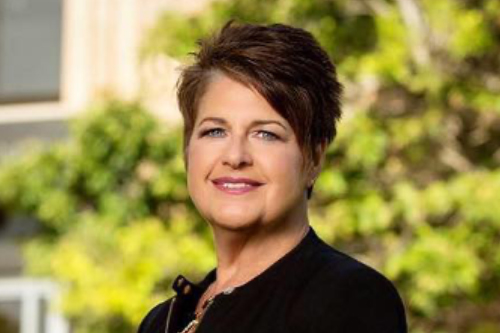 Pam Egli is a semiretired elementary and middle school teacher who lives in Waverly.  At work, she was a proud union leader, serving as chief contract negotiator. She has been active in her church and headed a local United Way campaign. She is active in many civic and charitable organizations, including Golf for the Cure and the Wartburg Symphony.

Pam is concerned about revitalizing rural areas and small towns, reversing the underfunding of public education to make Iowa schools number one again, and strengthening health care access and mental health care services. Since in-person campaigning has been halted, she launched an innovative “On the Porch with Pam” video series, which can be viewed on her website.

Her opponent has voted for every bad idea the Republican leadership has had to offer: limiting women’s rights, ending collective bargaining rights for teachers and other public workers, undermining energy efficiency programs, and more. He took the lead recently in stopping the Secretary of State from mailing absentee ballot request forms to voters and in making it more difficult for county auditors to process absentee ballot requests. Voter registration in the district favors the Republicans slightly, but no-party voters are a huge block and have been willing to change allegiances in the past. This district is winnable, with two good Democratic House candidates running in the same geographical area — Carissa Froyum (House District 63) and Jodi Grover (House District 64). House District 64 is an open seat and is currently held by a Democrat. 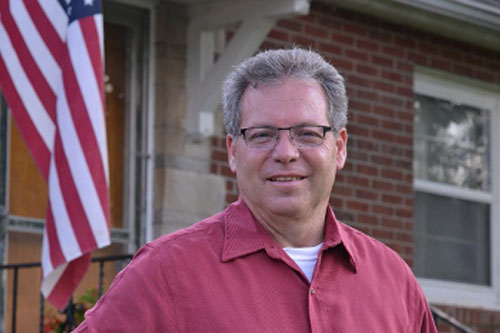 Standing up for Iowa Education and Renewable Energy ...

Chris Brase grew up on a family farm and became a firefighter, paramedic, and mechanic. He recently retired after 29 years of service.  Chris has been deeply involved with union activities, serving as Vice President of the Iowa Professional Firefighters and as board member of the Quad Cities Federation of Labor.

Chris served in the Iowa Senate from 2013 to 2016. He is proud of creating incentives for the production of renewable energy and of holding down tuition for Iowa students, among other things. He enjoys hiking, camping, and spending time with his grandchildren.

In terms of voter registration, this district is highly flippable. Chris’s opponent has been an active participant in the worst the Republicans in the Iowa Legislature have had to offer. He is anti-union, anti-Women’s rights, and has discouraged mail-in voting.

A Chris Brase quote — which sounds in character if you talk with people who know him — goes like this:  “My parents taught me to respect people enough to listen, and care enough to help.” 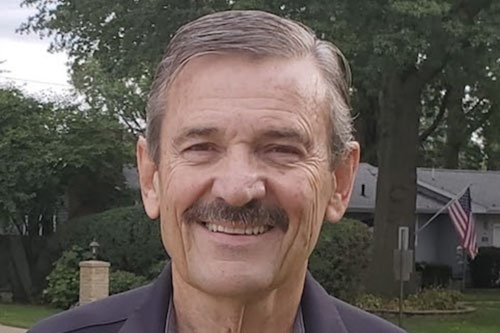 Tom Courtney served as an air traffic controller for six years in the Air Force and is retired from his job at CNH, a manufacturer of backhoes and agricultural equipment. He is a member of the United Auto Workers and has served on several of boards, including the Southeast Iowa Health Center Board, the Burlington School Board, the Community Relations Advisory Board at Great River Hospice, and the Iowa Workforce Development Board.

Tom served in the Iowa Senate from 2003 to 2016.  He is known for defending veterans, for his staunch support for public education, and for his defense of gay marriage. After losing his seat, he was generous with his time campaigning for other Democrats.  One of his priorities for a new term is to bring good paying jobs to the Burlington area.

The current Republican state senator decided not to run for re-election. Tom’s opponent ran for the Iowa House in 2018 and was encouraged to run by Senator Joni Ernst. Democrats have a considerable voter registration advantage in this district, and Tom Courtney is well known to boot, so the chances of re-taking this seat are excellent. 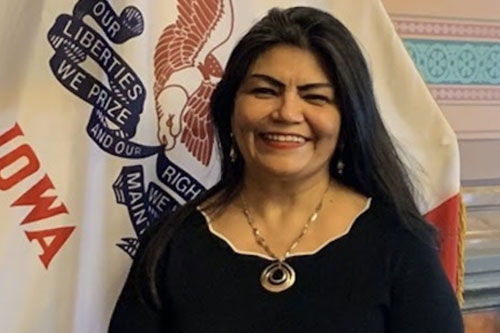 Sara Huddleston is a former Storm Lake City Council member who served three consecutive terms in office and holds the distinction of being the first Latina to be elected to public office in Iowa. She was born in Mexico and has lived in Storm Lake for 30 years. During her time on the city council, she served as a member of the Lake Improvement Commission and on other boards.

Sara was appointed by Governor Tom Vilsack as a Commissioner for the Latino Affairs for the State of Iowa. She earned her Bachelor of Arts in political science from Buena Vista University and worked as a counselor for a domestic violence and sexual assault agency for fourteen years. She currently works for a law firm in Storm Lake.

Sara’s opponent has cooperated with the extremist agenda of the Republican leadership and has failed to stand up for frontline workers in the meatpacking plants and elsewhere during the current crisis. Sara ran for the Iowa House in 2018, knocking doors extensively to introduce herself to voters. That exposure will help under this year’s campaign restrictions. Art Cullen of the Storm Lake Times, in an enthusiastic endorsement, said that Sara is a problem-solver, rather than a fighter, although it appears that she worked pretty hard to get where she is today. 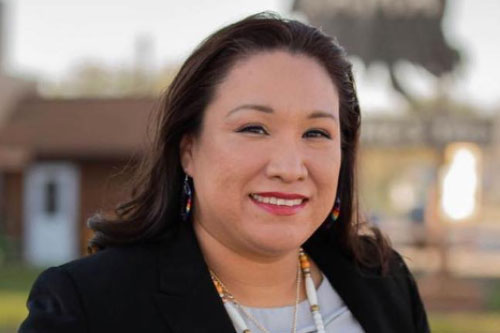 For Clean Energy Jobs in Iowa

Christina has served on numerous boards, such as the Tama County Economic Commission, and has worked for Senator Harkin’s Senate staff in Washington, D.C. She recently traveled to Macedonia as part of the American Council of Young Leaders Fellowship. She has bachelor’s degrees in Business Administration and Human Resource Management.

Christina’s positions on education and economic development reflect the broader Democratic priorities, but she stands out for her environmental policy ideas — supporting stronger protections for clean water and favoring clean energy jobs and other measures to address climate change. She is challenging an incumbent Republican legislator who has voted for extreme measures, such as making it more difficult to vote by mail, taking away a woman’s right to choose, opposing gay marriage, and other positions that are unpopular among Iowans. Christina’s district has more Republican voters than Democrats, but the largest number of voters in her district have no party affiliation. 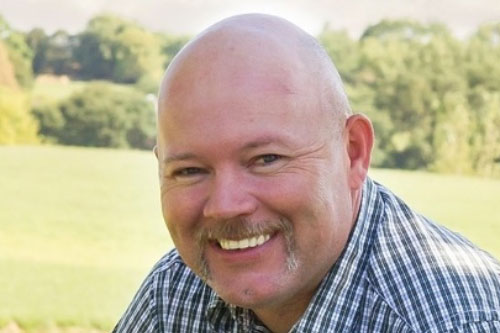 Dave Degner grew up working on his family’s farm, served 9 years in the U.S. Army reserve, and was a small business owner for 15 years. He now works as an instructor in Business and Community Education at Hawkeye Community College and also studies political science at the University of Northern Iowa.

Dave believes that politics found him, as members of his family were affected by bad decisions in Des Moines. Dave points out that affordable health care for every Iowan, fully funded public education, and an economy that benefits everyone are just common sense. He talks about raising the minimum wage, creating a better system to help victims of natural disasters, and increasing the production of renewable energy. Dave believes we need to fix the Medicaid crisis facing people with disabilities.

Voter registration in this district gives a slight edge to Republicans, although Dave is helped by two solid candidates who are running for the Iowa House in the same geographical area.  His opponent, in his first term as Senator, voted in line with the Republican leadership on virtually all matters, especially seeking to limit voting by mail.  He is vulnerable based on many unpopular votes, in particular on environmental issues. 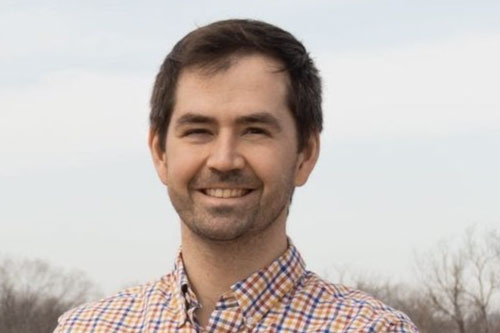 Joey Norris grew up on a family farm, where he learned to solve problems and get things done. He studied at Iowa State to be an aerospace engineer but returned home to start a small engineering firm called Dream Forge. Norris launched an effort to bring broadband internet to Montgomery County and manufactured face shields at low cost when local health care providers needed them at the start of the pandemic.

Joey is currently the chair of the Montgomery County Democrats. He hosts a weekly radio broadcast called Norris in the Know, a deep dive on issues concerning Southeast Iowa. He speaks to issues of economic development in the area, education, access to health care, and the need to support child care providers.

Joey is running against a candidate so problematic that he had a serious Republican primary challenge. His opponent is so inattentive to the needs of his district that even though voter registration favors Republicans, there is a real chance of beating him.

Joey’s uncle is John Norris, former candidate for Governor and chief of staff for Governor Vilsack.  Joey’s campaign is very interesting, featuring innovative, in-person events that are broadcast to parked cars via FM radio. He is around 30 years old and has a refreshing amount of energy. 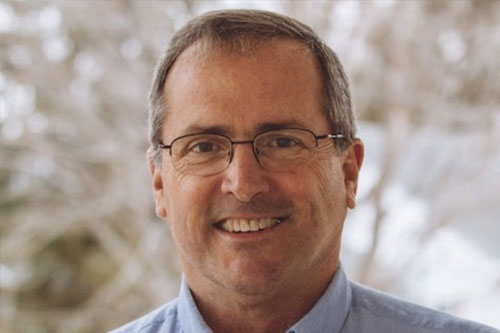 Running for Public Education and Childcare ...

Matt Tapscott served in the U.S. Marines and for the last 24 years has been the owner/operator of a child care center in Decorah, Iowa. He has served on statewide and national child care advisory boards and currently serves as president of the Iowa Family Child Care Association. Matt is a past chair of the Winneshiek County Democratic Party and has served on the Decorah Human Rights Commission.

Matt is an outdoor enthusiast. He places high priority on investing in public education, including childcare, K-12 education, and higher education. He favors supporting school staff at every level, including restoring collective bargaining rights and securing the IPERS (retirement system).  He has other priorities, such as raising minimum wage and restoring environmental sustainability.

Voter registration in this district favors the Republicans, but not by a wide margin, and since the incumbent Republican retired, it’s an open seat. Matt will be assisted by two candidates for the Iowa House who are running in the same geographical area, both of which are strong candidates as well.

IOWA DEMOCRATIC CANDIDATES
for US CONGRESS 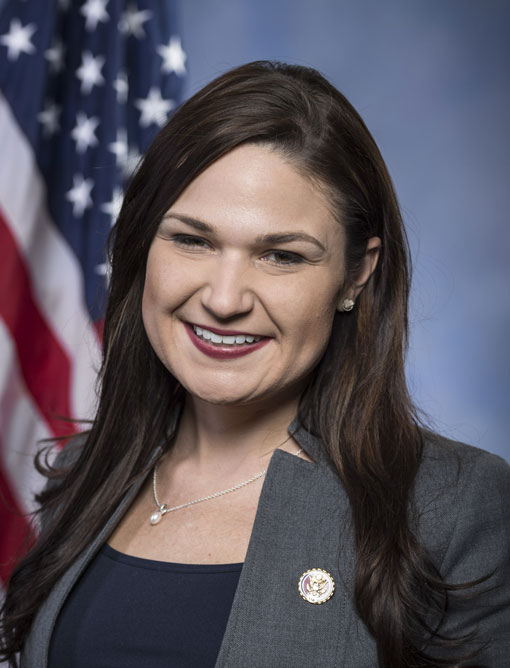 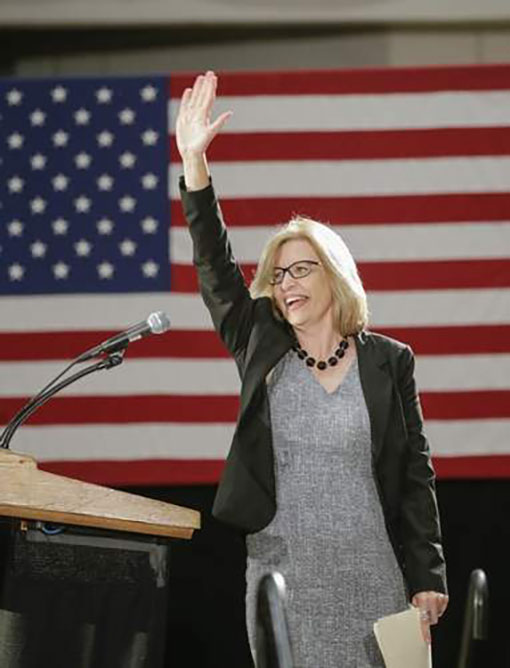 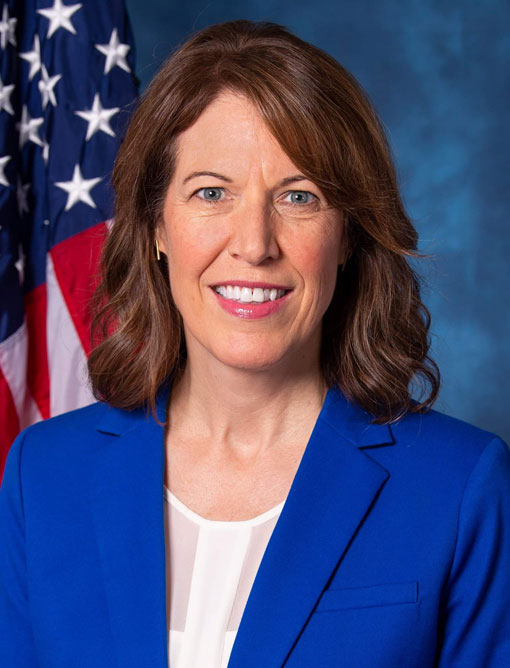 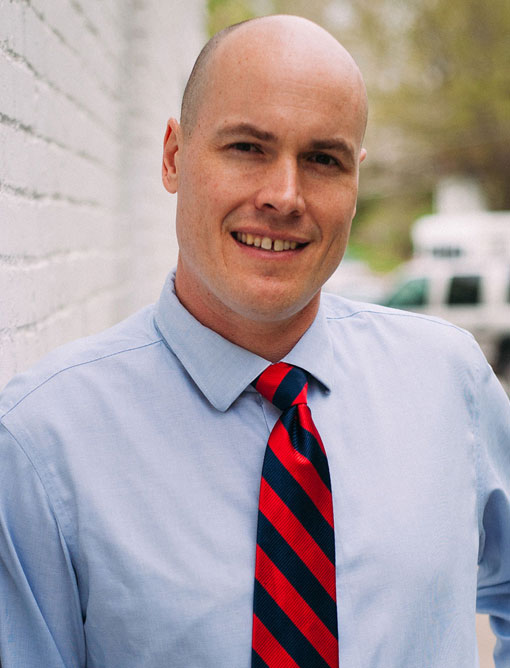 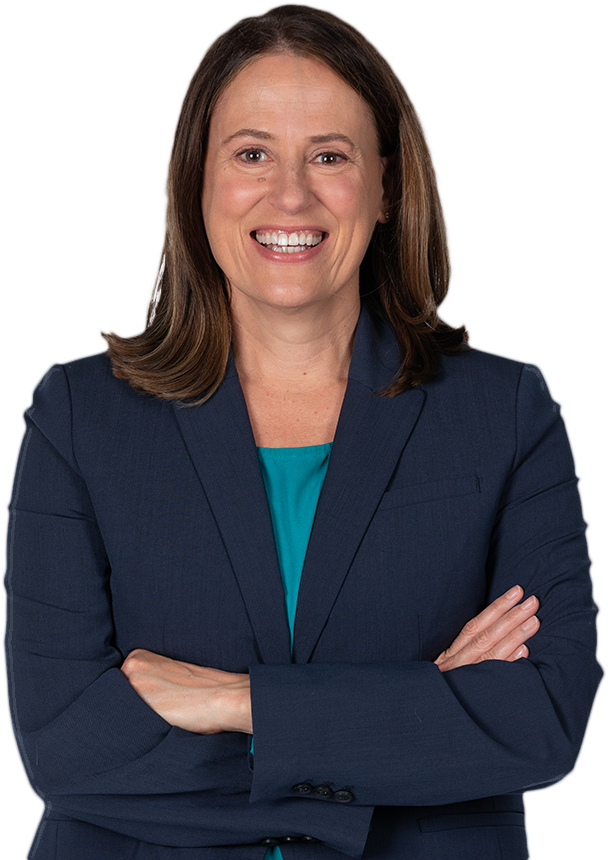